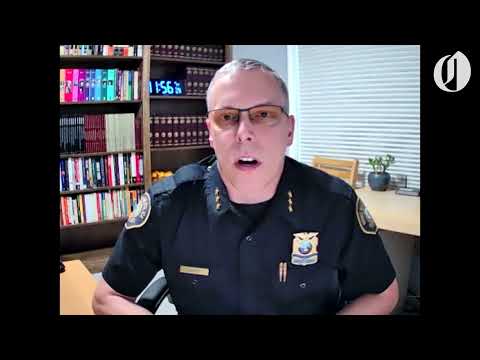 Acting Portland Police Chief Chris Davis speaks to reporters during a Zoom press conference on Thursday, June 17, after all roughly 50 members of Portland Police Bureau’s specialized crowd control unit, known as the Rapid Response Team, voted to resign en masse. The resignations came a day after a team member, Officer Cody Budworth, was indicted, accused of fourth-degree assault stemming from a baton strike against a protester last summer. The members of team remain employees of the police bureau.

Read more he
[ Click here to watch the clip. ]